The wonders of South Korea are truly endless. The Hallyu wave bringing global attention to the Korean culture was truly a success and earned South Korea a place as one of the most visited countries in the world for tourism. However, there is one thing that some travelers may miss in their travel itineraries. Generally, tourists tend to flock to popular destinations such as Seoul and Jeju Island to take pictures at several landmarks and drama filming locations, for example, Namsan Tower and Petite France. Aside from that, there are also other interesting sites like UNESCO World Heritage Sites that honor their roots and historical impact.

Some of those places are sites and buildings dating back to the Goryeo and Joseon dynasties. Plus, if you recognize some of them, that is because they are often in saeguk (historical) dramas. Today we’re going to explore the 15 UNESCO World Heritage Sites in South Korea and what you need to know about them before visiting.

The Seokguram Grotto (cave) and Bulguksa Temple were built during the Silla Dynasty on the initiation of Prime Minister Kim Dae-seong in the 8th century in the Gyeongju region, located on the slopes of Mount Tohamsan. Quoting from the UNESCO World Heritage website, “Seokguram Grotto portrays the enlightenment of Buddha, and Bulguksa Temple represents the Buddhist utopia taking its form in the terrestrial world.” The Seokguram Grotto is a manmade cave of granite rocks. Inside, you’ll see a statue of Buddha facing the sea in the mudra bhumisparsha (touching the earth) position. Meanwhile, Bulguksa Temple is a complex of Buddhist temples that portrays the earthly and heavenly abodes. Both places became UNESCO World Heritage Sites in South Korea in December 1995. They are open to the public daily from 7 am to 6 pm.

The Janggyeong Panjeon is within the Haeinsa Temple complex. It was built in the 15th century on Mount Gaya, South Gyeongsang Province, and modeled after traditional Joseon architecture. The building housed the collection of the Tripitaka Koreana of more than 81,258 Buddhist texts, laws, and covenants carved between 1237 and 1248 AD. As the oldest depository of the Tripitaka, Janggyeong Panjeon employs excellent conservation techniques to preserve the logs for centuries. The Tripitaka woodblocks have been recognized by Buddhist scholars for their accuracy and quality. Janggyeong Panjeon became a UNESCO World Heritage Site in 1995. 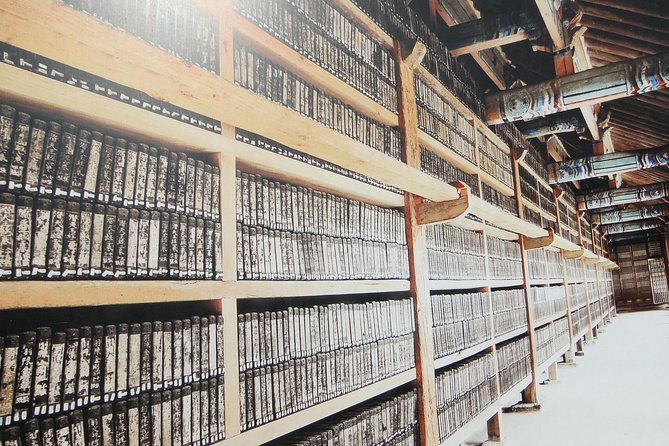 The Jongmyo is the oldest Confucian temple in the world. This shrine was built for the ancestors of the Joseon dynasty (1392-1910) during the late 14th century. Sadly, it was destroyed when Japan invaded Korea in the 16th century. Then it was rebuilt in the early 17th century. Inside the temple is a memorial tablet for the king and queen (shinju) of the Joseon kingdom. Every year in May, the Jongmyo Jerye is held, a ceremony of respect and prayer for the late king and queen of citizens who still have blood relations with members of the royal family. The ceremonial ritual involves ritual dances and palace music accompaniment and is open to the public. The temple is open every day except Tuesdays. The ticket price is 1,000 KRW for adults and 500 KRW for children.

Hwaseong Fortress was built in the 18th century by King Jeongjo of the Joseon Dynasty. This 5.74 km long fortress surrounds the center of Suwon city in the Gyeonggi-do Province. Its main function was as a defense and political base. It was built from 1794 to 1796 under the rule of King Jeongjo of Joseon to honor his late father Prince Sado. Some of the original buildings are damaged in the past, but they had been restored and preserved to retain their original shape. Visitors often visit the nearby Hwaseong Haenggung Palace.

In some parts of the fort, there are water gates, observation towers, command posts, double arrow launcher towers, firearms forts, corner towers, beacon towers, forts, and bunkers. The fort was designated a UNESCO World Heritage Site in 1997 because it is considered to have had a major influence on the development of architecture, urban planning, and defense in Korea.

The Gochang, Hwasun, and Ganghwa Dolmen Sites are the oldest and largest dolmen sites in South Korea. Dolmen itself is a megalithic burial monument of several stone slabs and is in many parts of the world, especially in highland areas (hills or mountains). The site has three areas, including the Gochang Dolmen Site in Gochang-gun, Jeollabuk-do with an area of 8.38 ha and with 440 dolmens; The 31 ha Hwasun Dolmen Site located in Hwasun-gun, Jeollanam-do or alongside the Jiseokgang River, and has more than 500 dolmens; and the Ganghwa Dolmen Site covering an area of 12.27 ha located on the island off the coast of Ganghwa in Ganghwa-gun, Incheon Metropolitan City. This site became a UNESCO World Heritage Site in 2000.

The Gyeongju Historic Areas or Sites is a Buddhist cultural heritage from the Silla Dynasty that ruled the Korean peninsula from 57 BC to 935 AD. In the northern part, on the slopes of Mount Namsan, there are several inscriptions, temple ruins, stone statues, pagodas, reliefs, royal tombs, stone carvings and lanterns, and Namsan forts. Moving along in the Wolseong area, there are ruins of the Imhaejeon Palace, Gyerim forest grove where clan founder Kim Gyeongju was born, Anapji Pond, and Cheomseongdae Observatory.

Next, at the Tumuli Garden, there is a vaulted mound containing a double wooden coffin covered with gravel and inside it is gold, glass, and fine ceramics. In Hwangnyongsa, there are the Bunhwangsa Temple and the ruins of the Hwangnyongsa Temple built by King Jinheung (540 – 576 AD). Lastly, there is Fort Sanseong, which is a stronghold along the east coast. This Gyeongju Historic area became a UNESCO World Heritage Site in 2000. 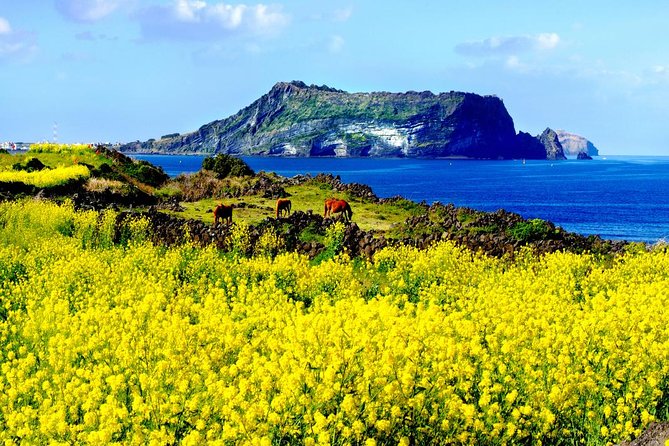 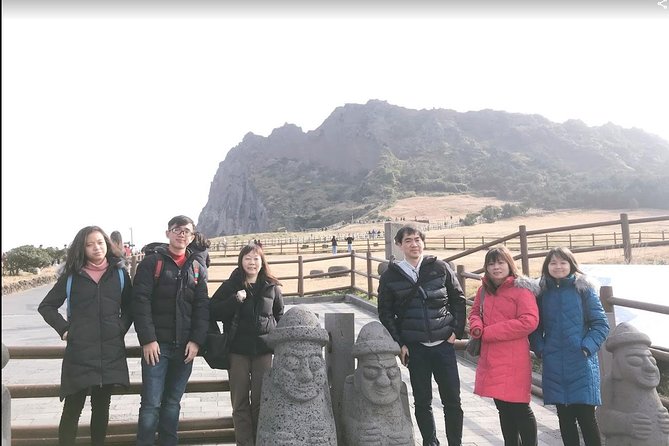 Royal Tombs of the Joseon Dynasty

Inside the royal tomb complex of the Joseon Dynasty, lay 40 tombs of the 25 kings and queens of the Joseon Dynasty spread over 18 locations. The complex was built over five centuries, from 1408 to 1966. They aim to honor the spirits of ancestors, show respect for their achievements, assert royal authority, protect ancestral spirits from evil, and provide protection from vandalism. The tomb area also houses several integral buildings such as a wooden temple, storehouse, royal kitchen, red spiked gate, and tomb keeper’s house. The complex became a UNESCO World Heritage Site in 2009.

Hahoe and Yangdong, founded in the 15th century by the Joseon Dynasty, are the two most authentic historical clans in Korean history. They are located in the southeastern region of the Korean peninsula, between mountains and forests. There are also rivers, farm fields, pavilions, study rooms, a Confucian academy for study, and thatched-roof folk houses. The layout of the two villages reflects the aristocratic Confucian culture typical of the Joseon Dynasty. Experts have found it an excellent reflection of the dynasty’s social and cultural system over the five centuries it reigned. 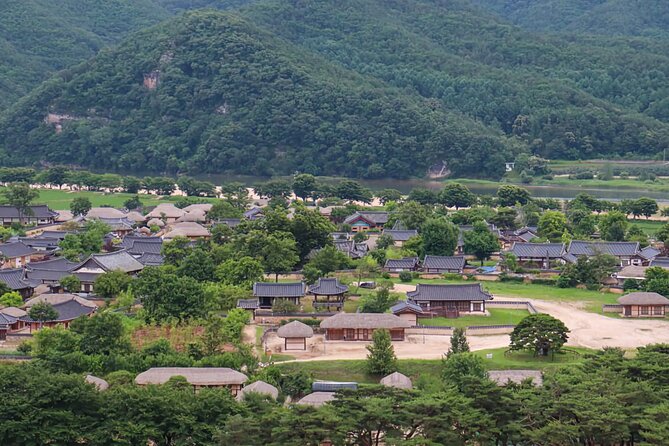 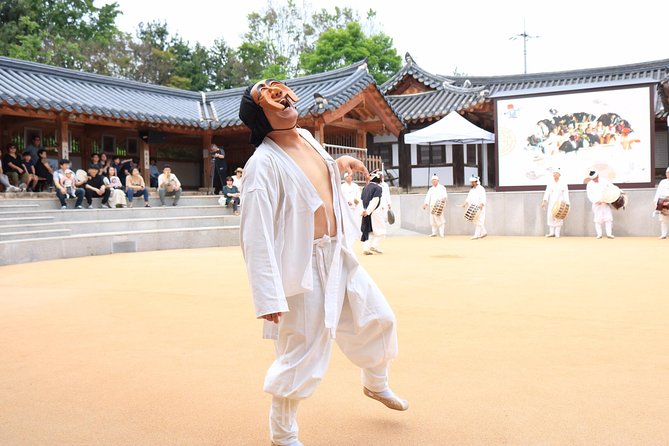 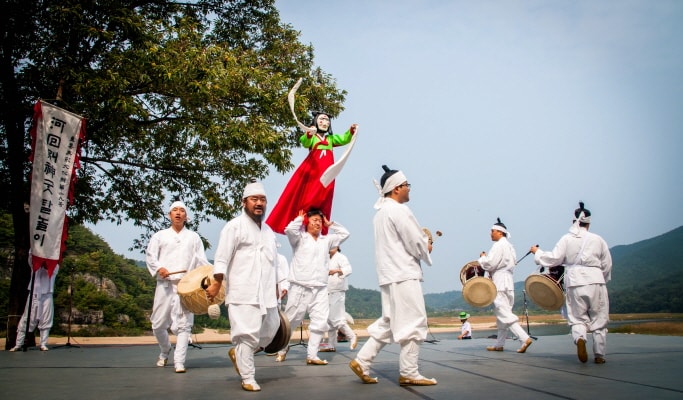 The UNESCO world heritage sites in South Korea cannot be complete without the Namhansanseong. It was the makeshift capital city during the Joseon dynasty (1392-1910). This place was originally built in the 7th century and was renovated several times. The largest renovation was during the 17th century in anticipation of an attack from the Sino-Manchu Qing Dynasty. The location is in a mountainous area about 25 km southeast of Seoul. The city can accommodate 4,000 people and is an important administrative and military base and a symbol of Korean sovereignty. In 2014, the city became a UNESCO World Heritage Site.

Baekje Historic Area is a heritage complex of the Baekje Kingdom located in three cities, Gongju, Buyeo, and Iksan. These cities witnessed the development of the Baekje Kingdom from 18 BC to 660 AD. In this area, there are eight archaeological sites dating from 475-660 AD, including Gongsanseong Fortress and royal tombs at Songsan-ri, archaeological sites in Gwanbuk-ri and Busosanseong Fortress, Jeongnimsa Temple Site, royal tombs at Neungsan-ri, Naseong city walls, archaeological sites at Wanggung-ri and Mireuksa Temple in Iksan. The buildings show that Baekje has applied the principles of urban planning and advanced construction technology. In 2015, this historic area of Baekje became a UNESCO World Heritage Site.

The Sansa monasteries are a collection of seven Buddhist mountain monasteries across the southern provides of the Korean Peninsula: Tongdosa, Buseoksa, Bongjeongsa, Beopjusa, Magoksa, Seonamsa, and Daeheungsa. Established in the 7th to 9th centuries, they are known as places to practice their religion while also supporting Korean Buddhism. Generally, the monasteries have the ‘madang’ (open courtyard) surrounded by four buildings (Buddha Hall, pavilion, lecture hall, and dormitory). They are the center of faith and religious practice that has survived until now.

The Seowon Academies comprise of nine seowon representing a type of Neo-Confucian academy of the Joseon Dynasty. These academies celebrate the cultural traditions originating from the Neo-Confucianism period in South Korea. They were introduced from China and became a fundamental part of Korean society at that time and until now. The nine locations are across the central and southern parts of the Korean Peninsula.

The newest on the list, the Getbol site is in the eastern Yellow Sea on the southwestern and southern coast of South Korea. The site comprises four component parts: Seocheon Getbol, Gochang Getbol, Shinan Getbol, and Boseong-Suncheon Getbol. The site exhibits a complex combination of geological, oceanographic, and climatologic conditions that have led to the development of coastal diverse sedimentary systems. 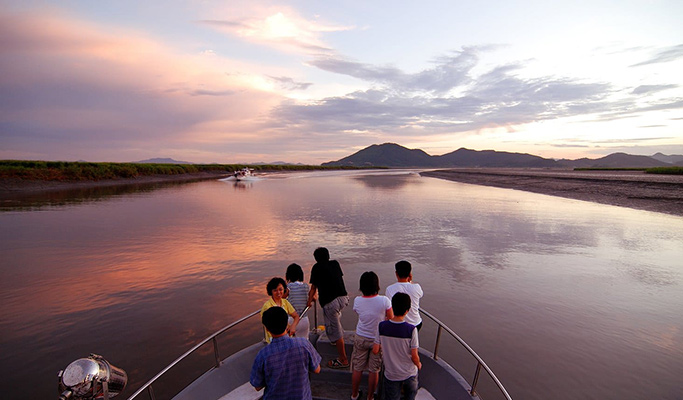 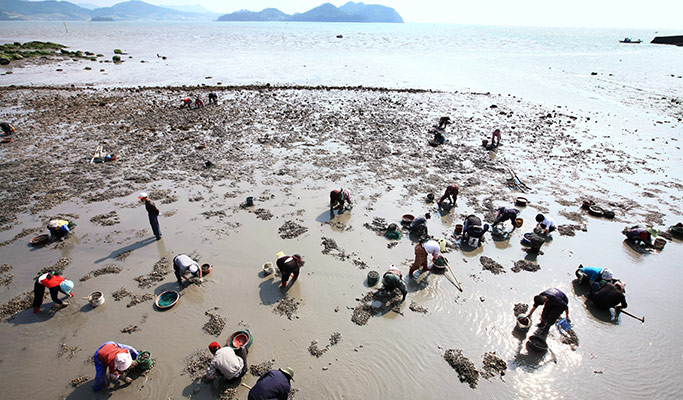 Those are the 15 UNESCO World Heritage Sites in South Korea. Don’t miss them out! Let us know which ones you visited.