In case you do not know what K-pop is; which is surprising as it is the biggest thing on this planet, but it is the most popular genre of music. The term K-pop is an abbreviation of Korean Pop and it represents Korean pop culture whether it be music, fashion, style, etc. K-pop originated in South Korea and the most modern form of K-pop can be found in the initial 90s. However, it became popular in the 2000s. This style of music was not always termed K-pop and was initially known as “Gayo” which was a form of domestic form of pop music. The modern form of K-pop is not the natural form of pop music but, is somewhat influenced by hip hop, jazz, rock, gospel, R&B, folk, electronic dance, reggae, classical, and country along with traditional Korean music.

The growth of K-pop

There are a lot of popular trends that have started with K-pop and all of these combined together are known as K-pop culture. The trend of having a K-pop bias and the culture of K-pop idols started with H.O.T. which was a very popular K-pop boyband. Moreover, apart from this, K-pop grew into fandoms that were composed of passionate teenagers, young children, and even young adults. However, the popularity of K-pop lowered in the early 2000s but, then it spiked really high when the new generation of K-pop and K-pop idols came into the scene that making this genre of music popular on an international platform. Now, K-pop is not only popular in Far East Asia but, in the Middle East, Europe, and Latin America.

If you are a K-pop fan that just happens to be visiting then it is a must that you get yourself some K-pop goods in Seoul. Given below is a list of K-pop goods stores in Seoul where you can find the official K-pop fan goods.

If you are not here in Korea or want to purchase it online, take a look at this post, Best K-Pop Albums & Goods Online Stores. We listed a dozen of legit K pop goods online stores ship internationally.

Buru’s Ddeurak was opened up in 1979 and was initially referred to as “Ttrak of Bloo”. It was known as a very popular music store in the Myeongdong area. The name is now changed as the previous name was hard to pronounce. However, the Korean name remains the same. You will not only find K-pop music at Buru Ddeurak but, also various merch goods and items as well. They have a wide variety of EXO goods, Black pink goods, and BTS goods along with various other K-pop artist merch.

You can find plenty of stores that sell K-pop goods at Myeongdong Underground Shopping Center. Some of these stores include Meyeong-dong Character, K- drama memorabilia, etc. Here you will find K-pop-influenced CDs, notebooks, calendars, clothes, bags, and accessories of a similar sort. To reach the destination you can either use Bus numbers 463, 421, or 104. Moreover, you can also use the subway at the Meyeong-dong station, line 4, and use exit number 6.

The place is situated in Gangnam, Seoul. If you are a tourist then this is a place you want to first after entering the district of Gangnam. Not only will you be able to access all the necessary information but, you will also be able to purchase some fun K-pop fan goods. After receiving all the important information, you can head over to the second floor where you will find yourself in a K-pop galore.

This is definitely a great place to grab yourself some quality K-pop souvenirs at a reasonable price. Moreover, keep in mind that the place shall be closed on New Year’s Day and Chuseok which is the Korean Thanksgiving. In addition, you can use various buses to reach the destination and can even use the subway. Just use line 3 at Apgujeong station and take exit number 6. You can easily find the building adjacent to the Hyundai Department Store.

The SUM market is a renowned convenience store which is located in the basement of SM entertainment. It is built more like a supermarket for K-pop items. They sell official merchandise items along with customizable items with faces and names of your favorite K-pop idol printed on them. Some of the crazy things you can get there include EXO seaweed snacks, and wine by Girl’s generation. However, they also sell household items such as candles, dishware, and various items of a similar sort. The best way to reach there is by the green, blue, or red buses or through the metro. You can enter the millennium square from exit 5 and exit 6 at the Samseong station.

You will find everything that you dream of as a K-pop fan here at the SM Town store. It is known to be the biggest pop-up store in Myeongdong. They carry all the merch of K-pop artists that are operating under SM Entertainment. These include Girl’s Generation, EXO, Super Junior, Henry, TVXQ, and plenty more. You can find cups, photos, clothing, posters, and every single item that you can imagine is available here. The quality of the K-pop fan goods is comparatively better than in various other stores. This is because they deal with K-pop official goods. However, if you are not a fan of the K-pop artists that are operating under the SM Entertainment banner; then chances are that this place will not impress you. But, for the fans of SM artists, this place is heaven on earth.

The store is located at the Young Plaza and is adjacent to the Lotte Department Store. You can use Metro line no. 2 from the Euljiroipgu station by exit number 7. Lotte Department Store and subway station are connected via an underground tunnel so, you just have to walk straight. Then you will find the Young Plaza where the SM Town pop-up store is located.

Just like the SM Town Pop-up store, this place also sells K-pop official goods that are operated by SM Entertainment. It is situated at the D3 Gate, inside the Dongdaemun Design Plaza. You can get customized t-shirts with the face or initials of your favorite K-pop idol along with yours. Moreover, you can also get your favorite K-pop idol’s handwritten message printed as well. Apart from t-shirts, you can also purchase shoes, notebooks, bracelets, key rings, cups, bags, and various stationery goods as well.

20 Space is a small café which is owned by Cube Entertainment. You can buy all sorts of K-pop official goods of artists operating under the Cube Entertainment banner. Apart from shopping, you can also relax, eat, and take tons of Instagram pictures here. However, on Sundays, the place is closed.

To get to the place you can either take the blue or the green busses and get down at the Seongsu Station. The destination is with walking distance from the station. Also, you can take subway line 2 to Seongsu station and take exit 1. Then walk for about 3 to 5 minutes and you will reach the destination.

You can find K-pop official goods at K Art Offline Store with ease. They have CDs, T-shirts, official merchandise, stationery, stickers, glasses, and everything K-pop-related. The store is located on the 9th floor of the Lotte FITIN in the Dongdaemun area. Whether you want black pink goods, BTS goods, or EXO goods, this is the place you should visit. The people who have visited the place before review it very well and are very happy with the quality of the goods.

You can either get there through Blue Bus No. 202 or through Green Bus No. 2014 and 2233. Through these buses, you can get off at the Dongdaemun History & Culture Park Station and on the opposite side of the road, you will find Lotte FITIN. Moreover, you can also use subway lines number 2, 4, or 5 and use exit 11 or exit 12 from the Dongdaemun History & Culture Park Station.

These were the best places to buy K-pop goods in Seoul at reasonable prices. While keeping in mind that the K-pop official goods will be pricier than the ordinary K-pop fan goods. Just focus on the quality and do not break your budget. There is a lot in Korea to spend your money on. Happy Shopping! 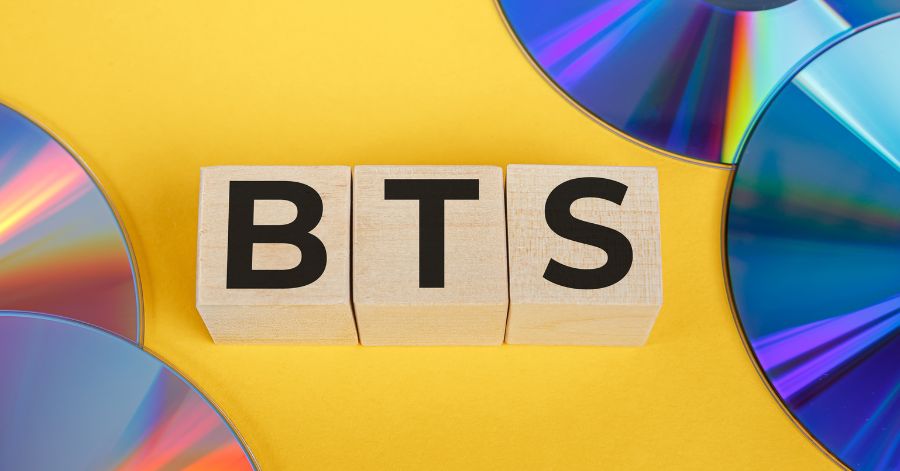