The capital of Korea is the best for tourism. If anyone wants to explore the Korean tradition, Seoul comes at the top. Not only the traditional architectural work in the 5 Grand Palaces in Seoul reflects the history of Korea, but the great Hanbok also steals the sight of the visitors. Furthermore, they are available at rentals for the photoshoot. The visitors can take as many selfies as they want in Korean traditional Hanbok.

Let’s explore the 5 Grand Palaces in Seoul. We will take you to the palace tour which consists of the history of every palace, the proper address, nearby facilities for tourists like shopping malls, restaurants, and comfortable accommodations. This will provide ease for the visitors.

The Guide for 5 Grand Palaces in Seoul

It is the largest palace built-in 1395 under the Joseon Dynasty and is commonly known as the Northern Palace because it is located towards the north. This palace is known as the best site for a photoshoot in Hanbok refers to the Traditional attire of Korea. Hanboks are available on rent and the entrance fee is free in case you are in Hanbok. It is a great experience for tourists to wear hanbok and take beautiful pictures at these traditional palaces. Moreover, Gyeongbokgung Palace was once destroyed during the Imjin war held in 1592-1598 by fire. Also, later reconstructed under the kingdom of King Gojong. The timing in which the visitors can go for free Gyeongbokgung palace tour starts from 9 a. m. and the closing time is different according to the season. Check out more information on THIS POST.

The last entry is about one hour before the closing time and the palace closes on Tuesdays. The other facilities available in the neighborhood of Gyeongbokgung Palace are described below.

Changdeokgung Palace built in 1405 and considered being the second largest in Seoul. This palace consists of the public Palace area, the residence building, and the rear garden. After visit Gyeongbokgung palace, you can reach here by foot as it is walking distance. It is another great palace, while walking, in between Bukchon Hanok Village attracting the sights of the tourists. The beautiful Changdeokgung palace’s garden was constructed under the kingdom of King Taejong. Go enjoy the authentic Korean charm garden.

Pavilions and Fountains in the Garden

Note that these places can be reached by foot.

HERE, you can check the list of the best Korean restaurants in Jongno-gu and Jung-gu, the center of the city, Seoul.

This Palace located in the center of Seoul was built by the 4th ruler, King Sejong for King Taejong. This palace was initially named as Suganggung Palace. But after the renovation during the leadership of King Seongjong, the palace was renamed as Changgyeonggung Palace. In addition, there is an Okcheongyo Bridge, after the main entrance at Honghwa Gate. Myeongjeongjeon, the office of the king is situated near the Myeongjeongmun gate. And the highest building in the Changgyeonggung Palace was built for the queen as is referred to as Tongmyeongjeon.

Located in the corner of Seoul’s business area. This palace was previously named as Gyeongungung Palace in 1611, and after 1907, it was named as Deoksugung Palace. Deoksugung refers to the palace of virtuous longevity. Besides, this palace is famous for its beautiful stone wall.  When you enter the palace, you will see the Geumcheon stream bridge. The very first western-style building in this palace was the Jeonggwanheon Hall. Moreover, Seokjojeon Hall is another western-style building in this palace. Stone-wall is an attraction to it.

This Palace was considered as the secondary palace for the king of Joseon. Located in the western region of Seoul. In addition, Gyeonghuigung palace reflects the traditional beauty with it’s slanting architecture. For the king’s audience, Sungjeongjeon and Jajeongjeon building were taken under consideration and for sleeping and resting quarters, Yungbokjeon and Hoesangjeon buildings were there. A great palace and also consists of a Japanese school.

Shopping areas in the neighborhood

We have discussed the 5 Grand Palaces in Seoul. All the necessities that are required by the travelers are listed. The tourists can consider this as a tour guide to Seoul. Furthermore, these 5 grand palaces in Seoul reflect the history of Korea and also acts as historical representations. These palaces are so old that the rulers/kings used to live in them. Tourists should visit them and tell the children about The Korean culture and the history behind these palaces. 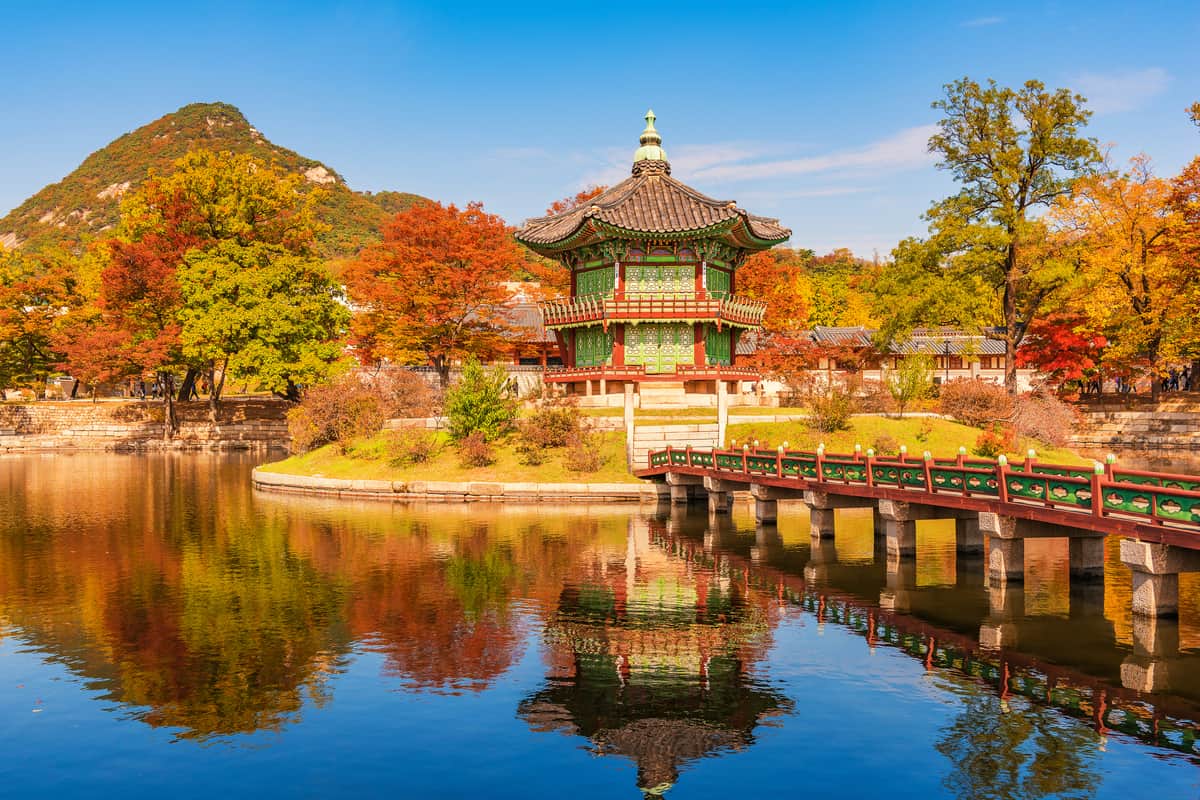