The stage where some of the most tragic incidents in Korean history took place, Changgyeonggung

This walking tour takes visitors around Changgyeonggung Palace), one of the Five Grand Palaces of the Joseon Dynasty. Although an independent palace, Changgyeonggung is connected with Changdeokgung Palace) and the two palaces were utilized together. Because of its location east of Gyeongbok Palace, Changgyeonggung, with Changdeokgung, is also referred to as the “Donggwol”, or the “East Palace”. Compared to the four other palaces, Changgyeonggung is compact and simple, butitis also the location of two historically renowned stories: the story of Queen Inhyeon and the king’s favorite concubine Janghuibin during the reign of King Sukjong (the 19th king of the Joseon Dynasty) and the story of the Crown Prince Sado who was sealed alive in a wooden rice chest and killed during the reign of King Yeongjo! 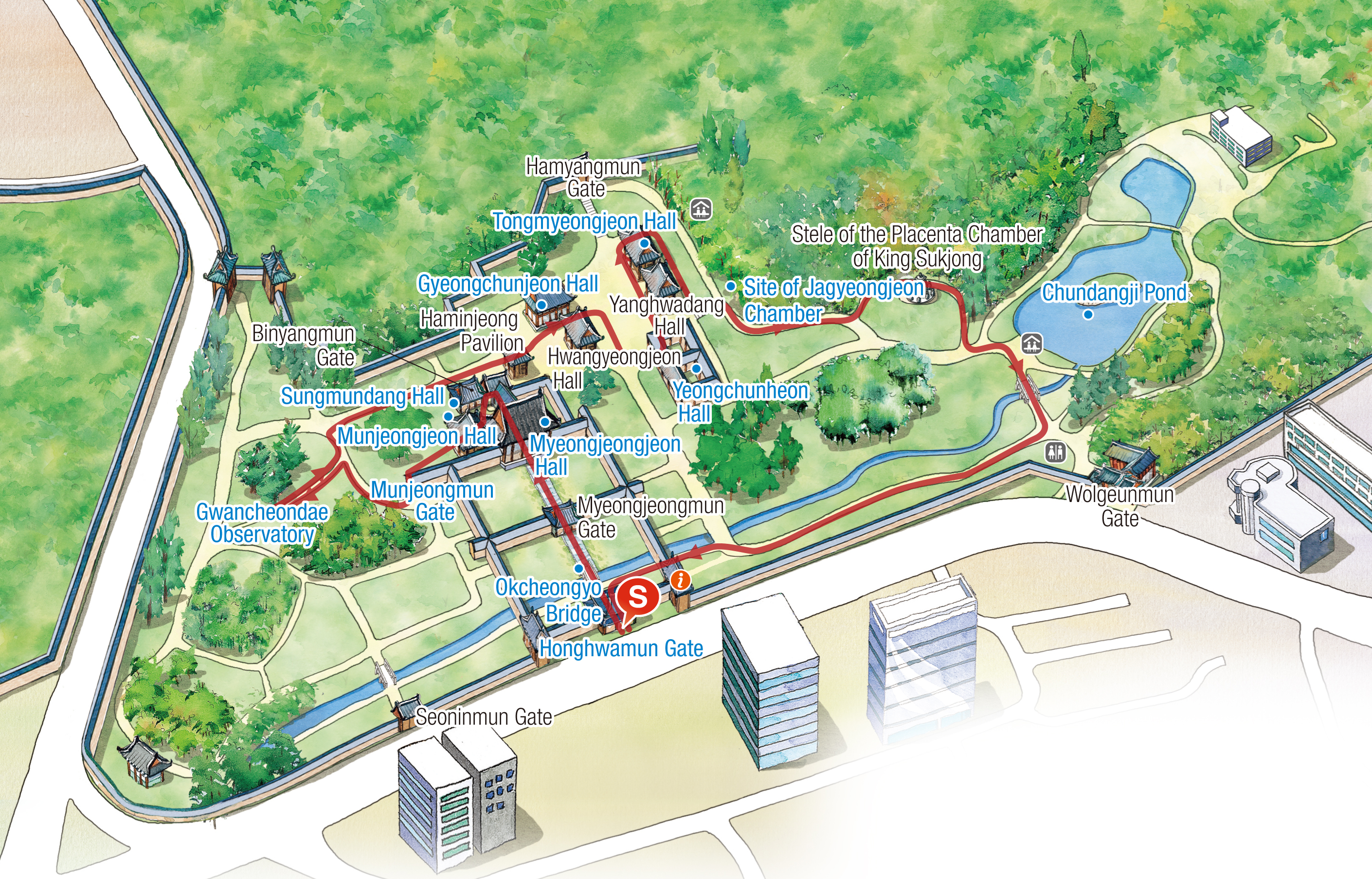